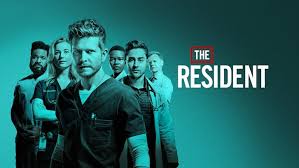 Is The Resident New Tonight (February 7 2023) or This Week’s Episode?

Scroll down to read more about and watch the “All Hands on Deck” episode of “The Resident”!

Conrad is pulled away from celebrating Gigi’s birthday when Sammie comes into Chastain with a 104-degree fever, and Kit must call in a favor for treatment; a heart arrives for Gov. Betz’s transplant surgery.

Cast of The Resident All Hands on Deck